Don't miss out on this comprehensive training! Attendees will walk away with curriculum, tools and skills which will enable them to enhance existing Jewish youth philanthropy programs, start one in their own community or seamlessly use philanthropy in their general teen programming.

This unique experience is designed for youth educators, lay leaders and Jewish organizational professionals who are interested in building the next generation of changemakers - all are welcome!

Location: Participants can choose to join us onsite in New York City or online.

Honeycomb is offering a 10% discount on registration if two or more individuals from one organization attend. Reach out to Danielle Segal to take advantage of this special pricing.

During the training, attendees will: 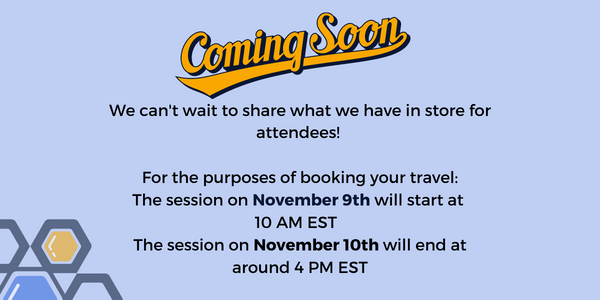 Danielle Segal is the Program Director at the Honeycomb. Danielle is from London, United Kingdom, and moved to New York in 2010. Inspired by her love of the Jewish community and combining her teaching, program management and theater skills, Danielle has worked in the non-profit Jewish field for fifteen years as a Jewish educator, camp director and non-profit manager. She has developed several curricula, including teen leadership courses, and has led workshops on teacher training, team management and improvisation. Danielle presents at conferences and seminars nationwide about Jewish youth philanthropy, experiential education and teen engagement. She was awarded the Jack Petchey Award for Outstanding Service to Young People in 2009. Danielle is Vice Chair of the JPRO NY Board and serves on the Board Of Directors for Tkiya. She presents and produces the Honeycomb podcast “Outside The Tzedakah Box”. Danielle completed the Certificate in Jewish Leadership For Educators with Spertus Institute and Northwestern University.

Wayne relocated to New York in 2017 from Melbourne, Australia having worked in London and across Australia. Wayne came to New York having received an Australia Federal government Endeavour Executive Fellowship to undertake professional development and research in youth programming and service delivery. Wayne has significant experience of over 15 years in non-profit management and has worked on programs on a local, state and national level. With a background in health and community lead programs, and more recently in working with Jewish communities, Wayne has a commitment and passion to continue his work with social justice based upon Jewish values. He has also worked to pursue equality and diversity of LGBTQ rights within Jewish communities and developed change initiatives to support inclusion. Wayne believes in teens as the next generation to lead significant change to support Tikkun Olam and is dedicated to building programs to support teen giving and connected engagement.

The Jewish Teen Foundation of Greater Boston (JTFGB) of Hebrew College is a leadership program for Jewish teens that teaches strategic philanthropy, advocacy, and empowers our next generation of changemakers.